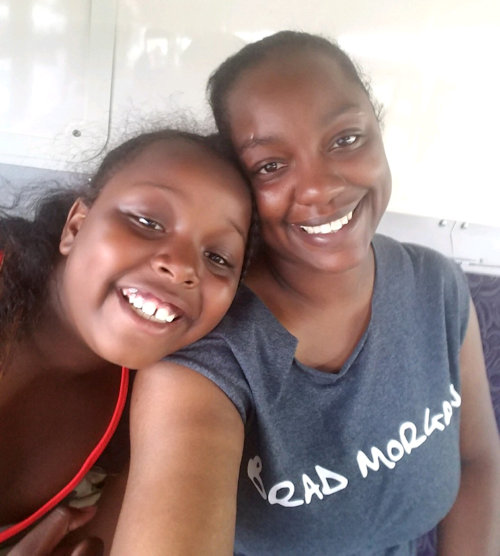 Telisha has been a part of United Way’s HOPE Initiative, which Hawthorn Hill is in collaboration with, since September 2015. Telisha became a part of HOPE while she was living at New Direction’s Shelter. Telisha had arrived at the shelter with her daughter TeAsia in July 2015. She was employed and had a goal of starting school in the fall at Des Moines Area Community College (DMACC). Telisha showed the motivation and initiative while at the shelter to be a successful candidate for the HOPE Initiative so the referral was made for the self-sufficiency program. Thanks to the coordination of services between the shelter staff and HOPE, Telisha and TeAsia were able to move into an apartment of their own.

Almost 2 years later, Telisha and her daughter will successfully be exiting the HOPE Initiative. Telisha has been able to maintain the same apartment she moved into after exiting the shelter. Several months after moving in, she was approved for Section 8, and thankfully the landlord was willing to accept the voucher allowing them to stay in their home. Through Section 8, Telisha has become part of a new program that will help move her towards home ownership through a combination of case management services and home ownership and financial literacy courses.

Telisha is still attending DMACC and has been passing all of her classes. She’s on track to graduate spring 2018 with a degree in Surgical Tech. TeAsia is a happy, healthy 10 year old who continues to do well in school and stays very active. They have a very strong mother daughter relationship that has been so beneficial for both of them during this part of their journey. We look forward to seeing Telisha continue down this path of self-sufficiency and success.